Your Online Marketing Network And How To Start Connecting

When it comes to your online marketing network, it’s often said that it’s not about what you know but WHO you know. Usually this statement paints a negative picture. As if some individuals are more lucky to know the right people. But here’s the thing – it doesn’t matter how you know them.

So for someone looking to grow their professional relationships, you can feel hope. There ARE ways to get to know the “right” people in effort to progress in your career.

You only have to be smart and proactive.

I’m not a people person. Is an online marketing network really necessary?

I hear ya. I used to consider myself pretty introverted. But I also had a poor perception. A perception of networking being shameless pushing of business cards and superficial talk. I realize now that such a perception got in the way of me establishing good relationships early on. It doesn’t have to be that. And actually, it shouldn’t.

A 2009 study by Upwardly Mobile, Inc shows a surprising argument to that sentiment. Professionals were asked to name what most added value to their networks. And the staggering response was “depth of personal relationship.”

Imagine that. It wasn’t things like the likelihood of a deal or a referral or a new job. It was how close they felt to the other individual.

I can relate. Since I’ve changed my attitude, my network has grown more robust and fulfilling over the years.

– Get my FREE online networking checklist! –

Well. In one of my networks, I have over 1000 connections. I can’t even say that for any of my more personal networks, like my Facebook friends. And I enjoy simple conversations with other professionals. Even about topics as silly as coffee.

But here’s the thing. People in your network will keep coming back. Yes, even to spend a fair amount of time in light discussions. From this I’ve discerned that small talk is great for finding common ground with others.

Case in point – the fact that I abstain from something ubiquitous causes folks to bring it up again and again.

That’s one thing that makes conversations in your online marketing network valuable. It’s a reminder to others that you’re human.

Yes… if you don’t try to force it. Remember the previous point about the relationship being most valuable to professionals? For a relationship like that to blossom, you have to be authentic, genuine, and vulnerable. Otherwise, people will pick up on ulterior motives right away.

There’s interesting data when it comes to job prospects too. The study suggests that up to 70% acquired their jobs through professional connections. This means that networking isn’t going anywhere, and you better get on board with it.

Where can I build my online marketing network?

Yes, it’s the most obvious. I spent YEARS on LinkedIn doing nothing but accepting and sending connections. No posting. No commenting on other posts. Nothing.

That’s all well and good. But there is a huge missed opportunity if you’re not adding your voice to your LinkedIn community. When I decided to start being more active, I was amazed at all the productive conversations I was having. My professional world opened up and I was gaining so much from it.

As far as online marketing networks go, I think Facebook Groups have reached the pinnacle. There is a Facebook group for everyone and anyone. The beauty of Facebook is that you can extend those connections by adding them as a friend. This leads to getting to know each other better outside implied professional barriers. It has happened to me all the time. 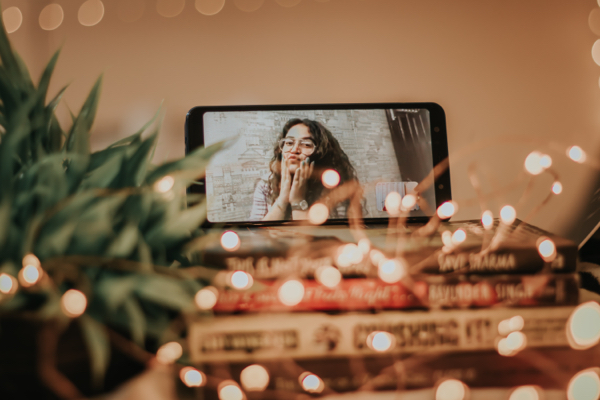 Not exclusively an online marketing network. But there’s a lot that happens within Meetup groups. Connect online, have discussions, and then show up for an event. The most successful Meetup groups collaborate and meet often.

Now, Meetup is unique in that it does have a dependency on your actual local community. While COVID has put a damper on it this year, I wouldn’t count it out. There are still circumstances where it’s acceptable to connect and start networking.

This might be the odd-ball online marketing network, but hear me out. People are MUCH more forthcoming when they know their comments are anonymous. This lends well to benefitting from professional communities. I’ve seen many times where someone shares a lot of information just for the sake of offering help. And that’s even when those two parties might be competitors in any other space. With less of a threat present, there’s no risk to your own goals.

Among many others, the marketing subreddit is awesome and super active. I highly recommend jumping into it and take part in the discussions happening.

In this day and age, there is an infinite number of paths to take when it comes to your online marketing network. Don’t be like I was and think that it takes too much time or energy. A little effort could result in you meeting people that change the trajectory of your career.

– Build your network with my free checklist! –