Where Do You See Yourself In 5 Years? – My Go To Answer

“Where Do You See Yourself In 5 Years?”

To me, there’s no other question that pervasively rears its ugly head more in job interviews. Every job candidate faces it. And marketing jobs are not exempt. In fact, for a companies with a growth mindset, I’d bet it’s their default.

The question I refer to is the dreaded “Where do you see yourself in 5 years?”

Now to be fair, I don’t call it dreaded because I feel it’s an unfair question. Any leader deserves to know that you’re loyal and will be “in it” for the long haul. That’s how good businesses grow – by having their people stick around.

But it’s an annoying question because hiring managers seem to ask only for the sake of it. As if such a question is par for the course during an interview.

That’s all we need – another boss going through the motions. Am I right?

On the flip side, there might be other intentions. I can see how a hiring manager would ask as a way to measure how prepared the candidate is for the interview. It’s a common question, after all. And a provoking one. So I guess it’s fair to expect the candidate to have a good answer.

I’m sure we can all agree that the purpose of the question is to challenge the candidate. Critical thinking is important and all that.

Don’t forget that the “five year plan” question is an attempt to derail you in the interview. They know you want to tell them what they want to hear. They know you want the job and that you might be willing to say whatever garbage necessary to get it. But honestly, the interviewer doesn’t even know what a good answer is. They’re not hoping to hear anything specific. They just want to gauge your response. 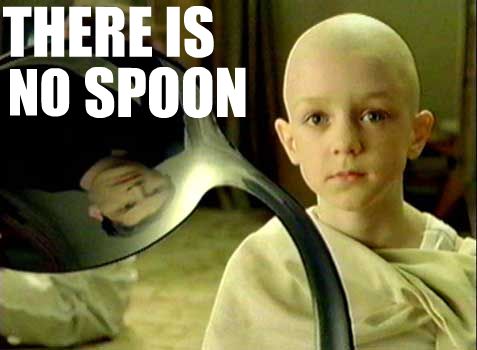 How I really wanted to reply

Whenever I was in an interview and would get asked “where do you see yourself in 5 years,” my snarky side always wanted to break out. I’d feel the urge to reply with something like “Well, I suppose that depends on how well this interview goes!”

Any inherent humor aside, I don’t think that response would’ve made a huge impact. It’s not accomplishing anything, that’s for sure. At best, I’ll get a light chuckle from the person interviewing me. At worst, I’ll get the stink eye and they’ll ask me again. Not good.

The reality of the question

Let’s face it, the five year plan is an artifact of an earlier, simpler era. During the span of time that I was living in his house, my old man worked a total of two different jobs. And they were in industries that aren’t seeing a lot of change over the years. As for me, I never remained at a company for more than three years.

What I’m getting at is that I don’t think most people have a five year plan. And I would argue that goes double for many of us marketers. That is, at least when it comes to our careers. You can have ambitions. You can have a five year goal. But a five year PLAN? Psshh. This industry moves too fast to plan for anything long term. You may disagree, but all I have to do is look at where I was five years ago. The place where I am now is NOT where I thought or planned to be.

And that’s a good thing.

As I progressed early in my career, I had a habit of trying to visualize the context behind why someone was asking me this. It never made sense to me. Say I’m in a role and I’m killing it, maybe to the point that I even surprise myself. If I get the chance to move up into another company, increase my salary, etc, then I’m probably going to take it. That’s what happens in innovative industries – things in marketing shift fast and they shift often. No five year plan can account for that.

Am I really going to create a five year plan for myself that won’t even be relevant in 2 to 3 years? I’d rather set five year goals for myself and see where that takes me.

So I’ve determined that the context behind the interviewer asking this question is not the intention of the five year plan anyway. Some employers have just twisted it to strong arm you into conforming to their purposes.

That’s the way I see it, anyway.

But we also know that blurting out “Here! I want to be here in five years!” is obvious pandering. So that is usually when we start to stumble over our words, our brains flatline, and we get a stupid look on our face. (Don’t worry, it happens to us all.)

So what is the answer already?

Later in my marketing career, I figured out a pretty good response to “Where do you see yourself in five years?” And every time I said it, I would get the universal sign of approval – the “nod with elevated eyebrows” expression:

So, to the question of “where do you see yourself in five years,” I would respond with this:

“Wherever I’m most engaged.”

Now, let me say that this is not some BS response. I didn’t come up with it just to “stick it” to interviewers. I truly meant it and wanted to convey that I was the man for the job.

It doesn’t directly answer the question but it was enough of an answer for the hiring manager to get the point. And it would come across in a way that was genuine. As I used this little response in my career, I realized that it accomplishes a few things.

The benefits of this response

As I said before, it’s safe to assume that most hiring managers expect candidates to pander to them. But giving an answer about your to desire for engagement helps you avoid that misstep. It’s a great response that is genuine without you having to provide any actual timeline.

2) It establishes you as one that is willing to WORK

Put yourself in the shoes of the hiring manager. A candidate just said that they’re looking to be engaged. What visions do you think such a statement conjures up in the interviewer’s mind? I think it shows that the candidate is serious and is committed to making the company better.

This is the most important one to me. My response also sets an expectation around what it takes to keep you. It’s subtle in saying “I’m here to work and to innovate, so I hope this is an environment that allows for it.” In other words, it positions you as someone who should not be taken for granted, or you’ll go elsewhere.

Again, whenever I used this reply in interviews, I always meant it. This isn’t me saying that you should just spew it out because of how effective it is. You need to be prepared to back it up and live up to the expectations it sets. If you do that, you might find more hiring managers are giving you the universal nod of approval too.